Last night was one of the most amazing nights, it was the best sex she had ever had. Mike had made her feel things she wasn’t even sure she could feel anymore.

They had been dating for about a year, and their sex life was great. Of course, they did some drugs last night, but maybe that was why Mike was so good, maybe for the sex to always be this good, they needed to spice up their sex life.

Claire rolled in bed and disentangled herself from the love of her life – Mike. She kissed his cheeks, he smiled and turned the other way.

He was so cute when he smiled. It kind of made her love him more. He deserved more spice in our sex life.

Last night was wild, she thought. She smiled to herself and she thought about it.

She walked into the bathroom to take a shower when an amazing idea hit her! Yes! She exclaimed in a whisper.

She knew what to do now… she picked up her toothbrush and washed her mouth, sprinkled some water on her face, and in a few moments, she slipped out of the house.

Mike’s eyes fluttered open and for a few moments he wasn’t sure where he was or who he was for that matter, also he was having the worst hangover as his head felt like it was about to be split open.

He felt the other side of the bed for his girlfriend but it was empty, she wasn’t in bed.

His eyebrows furrowed a little bit, where could she be? He got up while wincing in pain

‘’Babe?”’ he called out, walking around the house.

She wasn’t in the bathroom, he could smell toothpaste, which means she just washed her mouth and slipped out. It was Saturday, so she couldn’t be hurrying to work, he thought.

He took his cell and dialed her number, the phone rang on the bedside table.

Dammit! He curses under his breath. Where could she have gone to without her phone?

But Claire never went anywhere without her cell, so she must not have gone far.

He took a pill for his headache and slipped back into bed. A few minutes later, he felt better.

At last, he heard the keys fumbling in the keyhole and sat up. Claire was back!

‘’Where the hell have you been? He asked her as soon as she walked into the room

He could see that she wasn’t really dressed, which meant she didn’t go far, he could also see that she brought breakfast, and immediately, he calmed down.

She just stood there smiling like she had bought golden eggs. The couple settled for breakfast.

Later on that evening

It was late in the evening and Mike was beginning to get frisky again, somehow, Claire was subtly pushing him away

‘’I’ve got a surprise for you’’ she said smiling sheepishly

She reached into her bag and brought out a new pocket pussy.

‘’Really babe? Did you get me this? Are you okay with this?’’

Claire narrowed her eyes and bit her lower lips ‘’I want you to fuck that pocket pussy the way you fuck me. I’ll be watching’’

Mike needed to hear no more. He quickly undressed and lubricated his dick. Claire had undressed too and was sitting in the chair in the corner, her hands were between her thighs and she nodded to urge him on.

He slipped into the pocket pussy and it felt so real. It was warm and most, also very tight.

As he drew back his dick to plunge into it again, he moaned in pleasure, this shit was tight as fuck. Almost tighter than Claire.

‘’oh yea, baby….fuck it. Fuck it’’ Claire said as her fingers plunged into her own pussy.

She imagined he was fucking her again, this time, it felt great that she could see how he fucked her, how his back arched, how he held the pussy like he was holding her.

He was really plunging hard, she wasn’t sure he fucked her like this, but she didn’t mind. It turned her on.

Mike was sweating already, he slowed down and eased his way slowly into the pocket pussy again, in and out, he went’

‘’Oh fuckkkk’’ He whispered under his breath while throwing his head back.

Claire knew what that meant, he must be enjoying this really well, more than he had ever enjoyed her. She could feel her legs shaking as she played with her clitoris.

‘’Fuck yea, baby….don’t stop. Keep fucking it’’ she exclaimed and Mike kept on.

He loved fucking the pocket pussy. He loved the way it felt, the way it seemed to drag your dick back towards it when you pulled out, he loved how tight it was.

She had had multiple orgasms already, over seven in the last twenty minutes, but she wasn’t going to stop until Mike finished, she enjoyed watching him.

She couldn’t get enough. She wondered why they didn’t do this more often. Now that she knew how good this felt for both of them, she knew this was going to be a tradition.

Mike was having the time of his life, and he could feel a heavy orgasm coming from the depth of his abdomen, he didn’t reduce his tempo, he fucked as hard as he could, and Claire moans were really helping.

‘’I’m cuming’’ he said out loud, throwing his head back in pleasure as

Claire threw herself off the chair to where Mike was standing, grad the pocket pussy away from Mike then tossed it to the floor, and held his dick in her mouth.

She could feel all of him, and all of his fluids in her mouth, and Mike was dying with pleasure. He finally finished in her mouth and all the world felt right.

One thing was for sure, he wanted to do this more often. 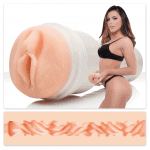 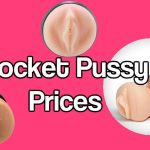 Pocketpussy.us is to only be viewed and used by an adult audience. All models are 18 years of age or older. If you are under 18 years old (21 years old in some states) you are to leave immediately. No exceptions. 18 U.S.C Section 2257 Compliance Notice Copyright © 2020 PocketPussy

Free shipping on orders over $50 Dismiss